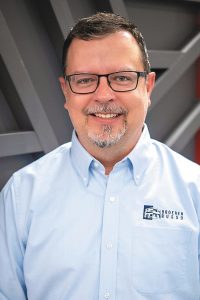 For St. Joseph native Byron Denhart, the path to becoming a project manager was anything but a linear one.  I recently caught up with Denhart, who is overseeing the construction of the new Villa Grove Community Center as a project manager for Broeren Russo.

How long have you been working with Broeren Russo?

I started working with them as an intern on February 1st as an intern with our project at International Prep Academy in Champaign, and then in May they brought me on full time and shortly after that I transitioned down to the Villa Grove project when we kicked that one off.

Are you the lead project manager?

No, Michael Hernandez is the senior project manager, and he oversees Villa Grove as well as a couple of other projects that we’ve got going on right now.  My technical title is project engineer, so that my primary duties, but because this is a little bit smaller project for Broeren Russo, we don’t have the normal staff that we might otherwise have, and so I fill a couple of different roles.  I can do my job as project engineer, but I can also fill some of the project manager duties and even some superintendent duties if I need to do so.  We do also have a good superintendent, Kevin Adams, and he’s been with the company for over 40 years.

It’s kind of funny.  This is such a huge project for Villa Grove, but it’s not necessarily huge for Broeren Russo.

It’s interesting how that works.  For us, it is a smaller project.  We have one of the largest projects in the entire company going on in Iowa City that’s well over 50 million dollars.  For us, the size of the dollar amount really doesn’t matter.   They’re all important projects.  We fully realize that for Villa Grove, this is a very big deal.  We want to build a beautiful building for the people of Villa Grove and for the county.  For us, we’re going to come in and do the exact same job and knock it out of the park and build something beautiful.

You’ve had an interesting path to find your way as a project engineer, haven’t you?

I did. <laughs>  My resume is a bit of an interesting read, I guess.  I was born and raised in St. Joseph and lived the past 20 years in Urbana.  I have a wife and a seven-year-old boy who’s a first grader.  I studied Industrial Design at the University of Illinois, and I knew by the end of my senior year that I did not want to be an industrial designer when I grew up, so that led me down a varying path.  I worked for a tent company at one time, putting up tents and then got a start in hot air ballooning, and became a professional crew chief that traveled with several different programs around the company and eventually became a general manager for a corporate program and helped to create a program that traveled around the country.  I studied and became a pilot about that time and started flying balloons for different programs.  I’ve given up a lot of my flying.  I sold my system and kind of gave up flying but I stay involved by crewing for friends.  I’ve also been the event announcer for several events around the region.  I worked in the hot air balloon profession for about 7 years of my life.  For a single guy right out of college, it wasn’t too bad of a gig!  I’ve got friends that I made from ballooning that are like family to me, literally across the world.  Most recently, I had my own business building tiny houses on wheels for about 5 years, and before that, I worked for a large apartment company on the UI campus that had about 2000 apartment units and a half a million square feet of commercial space.  Technically, I was kind of a project manager for them, but I wore several different hats and had several different responsibilities.

How much do you use your training in Industrial Design in your current role?

As far as the technical knowledge of what they teach an industrial designer, not a lot.  They do teach you a little bit about drafting which kind of correlates to the architecture and the plans, but mostly it’s just a methodology and the thought process.  It’s coming up with solutions to problems through a process.  The biggest part of what you need to do is being able to look farther down the road and say, ‘if we change this, what is it going to affect?’  It’s seeing the big picture and seeing what the domino effect is farther down the road.

Has there been any big issues with the Community Building project so far?

Not really.  We’ve had our share of hiccups, but honestly every single construction project on the planet has hiccups and little problems that pop up every now and then, but honestly, this one has gone very well.  We’re on track and where we need to be.  We’re getting ready to get the building enclosed and turn the heat on early this week, which honestly is a great thing, looking at the forecast.  We’re on track.  We have some great subcontractors who are doing a great job for us.  When there are problems or hiccups, that need to be worked through, everybody has done a great job of working together and figuring out a solution that works for not only the number one issue, but also works for everyone.

Do you have a rough date for completion?

Right now, we’re looking at summer.  Whether that’s early or late summer we don’t know yet, but definitely by next summer, we should be open and ready to go.

What advice would you give to someone who is thinking about a career in project engineering and management?

That’s a good question.  I would say that you have to be able to come into it with an open mind and be able to think outside the box.  It’s good to have both experience behind the desk and computer with the technical things, but you also can’t be afraid to get out on the job site and learn the trades.  You need to know what these guys go through on the build site, because you can design something behind the computer all day long, but if it’s not practical to build, then it doesn’t do anybody any good.  You have to have some on site experience.  The sequencing and details to things are really a big deal.  A lot of times, things can be designed a little bit simpler, so it’s good to have experience both behind the desk and you have to get out on the site to see how these things get built to really excel at what you’re doing.

There seems to be some involvement with workers from Villa Grove on the site. Is that true?

There are a lot of tradesmen in Villa Grove.  We have a painter and a laborer here at Broeren Russo that live in Villa Grove.  One of the carpenters from one of our carpentry subcontractors literally lives across the street from the site.  Our concrete contractor is based right there in Tolono, and they’ve got guys who live in Tolono and Philo and out in the surrounding country and so it’s been a nice little hub.

Do you think there’s a little extra boost of pride when you’re building something in your hometown that your family is going to use?

Absolutely there is.  For us with Broeren Russo, we’re very much a family-oriented company.  Everybody helps each other out.  If I have a question about something that’s going on, I can talk to anyone, from one of my peers to the CEO of the company and they’re going to help me and answer my question. We realize that no matter what size the project is for us, it’s a big deal for our client.  We take a lot of pride in having that relationship with our clients.  We feel like that we’re a part of the community.  I’m spending essentially over a year of my time right here in Villa Grove.  I go out to lunch in Villa Grove.  I go to the grocery store and buy the stuff to make sandwiches in my trailer.  We’re very much a part of the community. 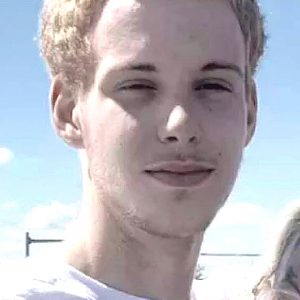 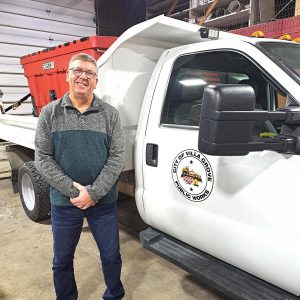 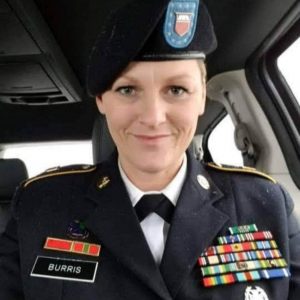