Kimberly Ann Busboom, 59 of Royal died at 7:50 p.m. Saturday, January 8, 2022, at her home.
Funeral services will be held at 1:30 p.m. Thursday, January 13, 2022, at Immanuel Lutheran Church of Flatville with Rev. James T. Lehmann and Rev. Greg Busboom officiating. Burial will follow in Kopmann Cemetery.
Visitation will be from 4:00-7:00 p.m. Wednesday, January 12, in Diers Hall, Immanuel Lutheran Church of Flatville with a prayer service at 3:00 p.m. Baier Family Funeral Services, Flatville is handling arrangements.
Kimberly was born June 23, 1962, in Tuscola the daughter of William and Sharon Day Rogers. She married Maury Busboom February 4, 1992, in Las Vegas. He survives.
Along with her husband, Maury, she is survived by her parents, Bill and Sharon Rogers of Camargo; a son, Brad (Kara) Busboom of California; two grandchildren James and Johnna Busboom; a brother Kirk (Theresa) Rogers of Camargo; a special niece Lexi Rogers of Urbana; a mother-in-law, Luella Busboom of Flatville and her guide dog, Farley, who she loved so much. She is also survived by several aunts, uncles, nieces, nephews, great nieces and great nephews.
She was preceded in death by her grandparents, father-in-law, Raymond Busboom and a nephew, Tyler Dale.
Kim had juvenile diabetes at the age of 11. In January of 2001 she went into renal failure and on November 1 of 2001, she had a kidney and pancreas transplant. In April of 2017 she lost her pancreas and became a diabetic again. In the summer of 2020, she became legally blind and in December of 2021 she lost her kidney.
Kim graduated from Villa Grove High School in 1980 and from Parkland College in 1992 with a degree in nursing. She earned her BSN from St. Francis University. She was employed at Carle Hospital, Urbana since receiving her degree. During her career at Carle, she was a SICU nurse, field nurse, flight nurse and a Level 4 nurse exemplar. She taught parish nursing classes and also worked at Digestive Health and Orth-Max.
She was a member of Immanuel Lutheran Church of Flatville, a Sunday School teacher and a parish nurse. Kim was also a firefighter and EMT paramedic for the Ogden-Royal Fire Department. She served as trustee for the Royal Village Board. Kim was instrumental in bringing the sewage system to downtown Royal and went to Washington DC and Springfield to lobby for money. She and her friend, Faith Roberts, helped start a Vial of Life program.
In addition to her busy career, she was a Mary Kay consultant and did improv. She was an avid St. Louis Cardinal fan, enjoyed antiques, loved helping people and sharing her delicious homemade muffins. Kim also enjoyed going to Florida in the winter. Her greatest joy was being Oma to James and Johnna, whom she loved dearly.
Kim touched so many lives both professionally and personally. She will be greatly missed. The family would like to thank Carle Oncology, Floor 6 and Carle Hospice for her journey home.
Memorial contributions can be made to Leader Dogs for the Blind, American Diabetes Association or an organization of the donor’s choice. Memories and condolences may be shared with the family at www.baierfuneralservices.com. 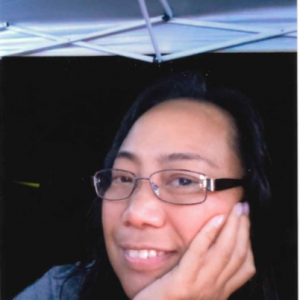