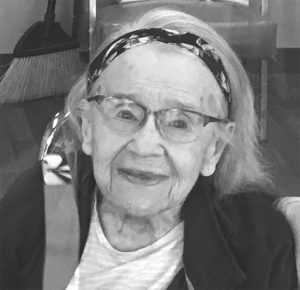 She was born on March 24, 1932 in Jackson, MO to William and Lillie (Clippard) Haupt.  She married Jack McMillan on September 25, 1966 in East Peoria and he preceded her in death on June 24, 1986 in Peoria.    She was also preceded in death by her parents, sister Justine “Peggy” Sadler, and brother in law Joseph Sadler.

She retired from Komatsu Dresser.

Cremation rites have been accorded. Graveside services will be held at 11 a.m. on Friday, November 5, 2021 at Fondulac Cemetery in East Peoria.

Remmert Funeral Home is in charge of arrangements.

Memorial contributions may be made to St. Jude or TAPS.

Online condolences may be made at www.remmertfuneralhome.com