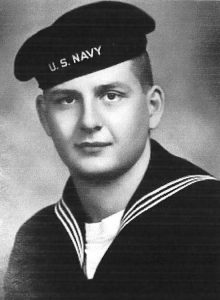 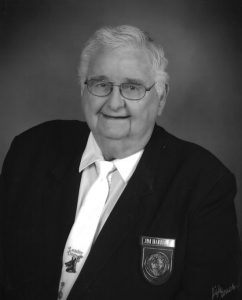 Funeral services were held at 10:00 a.m.. on Wednesday, November 3, 2021 at the Immanuel Lutheran Church, 600 E. Northline Road, Tuscola, IL. Rev. Jason M. Braaten officiated. Burial with military rites conducted by the Tuscola VFW and the Newman American Legion was in the Tuscola Cemetery. Visitation was held from 5:00 p.m. to 7:00 p.m. on Tuesday, November 2, 2021 at the church in Tuscola. The Edwards Funeral Home is assisting with arrangements.

James was a 1949 graduate of Tuscola High School. He served in the Illinois National Guard; Co C 123 Inf. 44th Division and the 44th Headquarters Detachment for two years. He served in the U.S. Navy in the Amphibious Force during the Cold War from January of 1951 to October of 1954. He served in the Naval Reserve an instructor and retired as a Chief Petty Officer after 26 years of service to his country.

James worked at Quantum-Lyondell Chemical Plant as a Maintenance mechanic and supervisor. He retired in 1991 with over 36 years of service.

He was a member of the Immanuel Lutheran Church in Tuscola, IL.

James served on the Tuscola City Counsel and served as an Auxiliary Police Officer for the City of Tuscola. James worked for the Tuscola Park District and umpired baseball games. He was an awesome bowler, he maintained a 200 average when he bowled in the leagues at the Hi-Way Bowl in Tuscola. He loved to fish, going on frequent fishing trips to Montauk State Park in southern Missouri on the Current River.

James was the last living Charter member of the Tuscola Lions Club which started in 1956 and he served all the offices of the Club. He served as District Governor for District 1-E in 1987–1988 and 1995-1996. He served as State Secretary/Treasurer for 2 years. He was Melvin Jones Fellow, Lions of Illinois Foundation Fellow and Life Member of the Tuscola Lions Club. He has received many Lions International President Certificates and awards.

Memorials may be made to the Immanuel Lutheran Church or the Tuscola Lions Club.