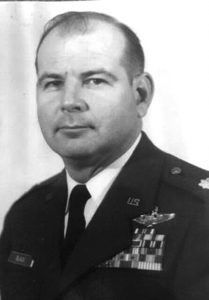 He was also preceded in death by his parents; daughter-in-law, Judy Black; three brothers; and one sister.

He is survived by his sons, Clifford (Rita) Black of Pleasant Prairie, Wis., and Todd Black of Tuscola; two granddaughters, Melissa (Cris) Manfredin and Amy (JR) Ross; and three great-grandchildren.

Ronald was a true American hero and veteran of WWII and the Korean War. He flew 53 bombing missions. He also served as a master navigator/bombardier in the Strategic Air Command and Chief of Plans and Intelligence for the Minute Man Missile program. He retired in 1969 at the rank of lieutenant colonel in the U.S. Air Force.

Ronald was an instructor at Parkland Junior College from 1973 to 1993. He taught geography, geology and meteorology.