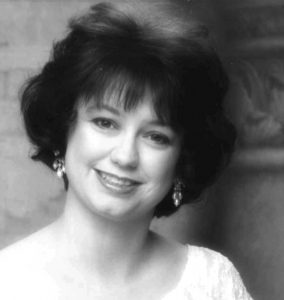 Teresa Douglas McNabb passed away Sept. 30 at her home in rural Choudrant, LA.

Funeral services were held at the Longview Baptist Church in Choudrant with Rev. Larry Emory and Rev. Scott Douglas officiating.

She was born January 12, 1961 to Lawrence W. and Lois Jerde Douglas in Powers Lake, North Dakota. Child of a military family, Teresa lived in several states and in Germany before the family settled in Tuscola when she was in grade school. She worked as a CNA as a teenager and then moved to Lincoln, NE where she became manager of an assisted living home. She married Layne McNabb of Choudrant on August 26, 1990.

After raising her family, she worked as a legal secretary, a nursing home secretary, and finally held a position at the Louisiana Methodist Children’s Home. She was an active member of the Longstraw Baptist Church and initiated and organized a weekly children’s Bible study program, which grew to be a large outreach ministry to unchurched children and young people in the area.

Teresa was known for her loving-kindness, compassion, and her Chrisitan faith by all those who knew her. She had a special gift for working with children, the elderly, those with handicaps, and others in need.

She was preceded in death by her father, LTC L. W. Douglas.

She is survived by her husband, Layne McNabb; her daugher, Nichole Freeman of Hot Springs, AR; her four step children: Nathan McNabb (Michele), Kristi McNabb, and Rachel Jones (Michael) all of Louisiana, and Jeremy McNabb of Laredo, TX; her mother, Lois Douglas of Tuscola, her sister Susan Weise (David) of Lincoln, NE, her brother, Scott Douglas (Melissa) of Lebanon, IL, and 13 grandchildren.