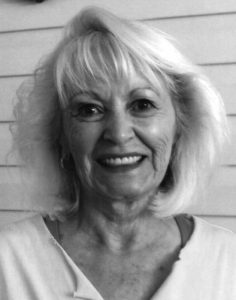 Connie was born on April 21, 1941 in Fort Wayne, Indiana the daughter of Harold and Naomi Faye Smith Gould. She married the love of her life James Leo Mefford on August 28, 1959. They recently celebrated their 62nd wedding anniversary.

Connie went to cosmetology school and spent time sewing matching church outfits for her family. She liked to crochet with her mother.  She enjoyed gardening. She was a stay-at-home mom, raising her children and supporting her husband in his career. She worked alongside her husband in the bowling alley business. She enjoyed traveling, shopping, and spending time with family. She spent time writing quotes and reading daily devotionals.

Online condolences may be shared via www.hilligossshraderfh.com