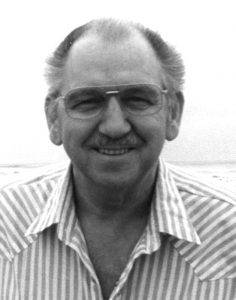 James was born February 15, 1940 in Louisville Illinois the son of John and Geneva Krantz Mefford. He married the love of his life, Connie Faye Gould on August 28, 1959. They recently celebrated their 62nd wedding anniversary.

He was preceded in death by his parents, sisters; Marlene Ball, Jessie Coteral, Lottie Krantz and brothers; Ed Mefford and Wes Mefford.

James was a hardworking family man. He worked for AMF for 18 years, traveling and repairing bowling machines. Then purchased his first bowling alley, Pioneer Bowl in Elmwood, Illinois. Later he bought ETOG bowl in Mattoon and changed the name to Lakeland Lanes. After several successful years he retired. He and his beloved bride traveled the country together.  He later obtained his real estate license and enjoyed their farm in Kentucky. Then purchased and managed the French Embassy Lanes in Arcola. Then finally retiring, he and his wife settled in Mattoon where they would enjoy their time with their children and grandchildren or watch old western movies. They also enjoyed their time as snowbirds in Florida.