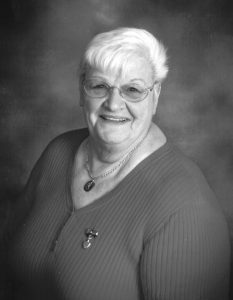 Donna was born on November 29, 1942 in Arthur, IL. She was a daughter of Don Ernest and Dorothy Estelle (Davis) Hutchcraft. She married Robert Leon Edwards on December 8, 1961 in Mattoon, IL. He passed away on October 27, 2011.

She was preceded in death by her parents, her husband, one stepdaughter, Barbara Jean Snyder, two brothers, Robert Hutchcraft and Dale Hutchcraft and a step-great-grandson, Caleb Robert Hardwick.

Donna was a member a member of Walnut Grove Christian Church in rural Arcola, IL

She enjoyed sewing, reading, crocheting, arts and crafts and spending time with her family.

Memorials may be made to Walnut Grove Christian Church.