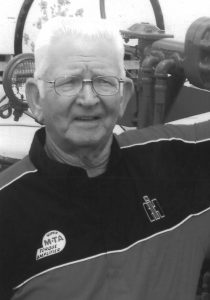 He was preceded in death by his parents, one son, Marvin Lee McGregor, one step grandson, Keith VonBehrens, and one niece, Darla Lovell.

Myron graduated from Oakland High School in 1960. He was a member of the Antioch Baptist Church in Oakland, IL where he served as a deacon for over 30 years. Myron worked as a mechanic at Birkey’s Farm Store, in Oakland, IL for 25 years.

Memorials may be made to the Antioch Baptist Church.