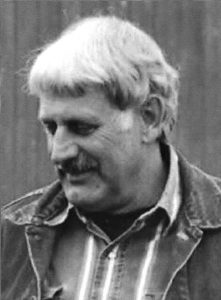 He was preceded in death by his parents, Pete and Amanda Tondini.

Maynard grew up helping his father farm near Villa Grove. His mechanical abilities fed his desire to build and create, especially cars. As a teenager and through his twenties, he worked at several local car dealerships where he honed his skills as a premier auto body repair specialist. He eventually opened his own automotive repair and restoration shop which he operated for over 35 years.

Maynard had a legendary personality paired with an incredible sense of humor. He lived life more than to the fullest. He left a lasting impression on everyone he met and especially those that knew and loved him. He will be greatly missed by all.

A visitation for Maynard was held from 5-7 p.m. on Tuesday, August 17, 2021 at the Joines Funeral Home (Villa Grove). A graveside service and burial was held at Grandview Memorial Gardens in Champaign at 11:00 a.m. on Thursday, August 19, 2021.

Memorial contributions may be made in Maynard’s honor to a charity of the donor’s choice.