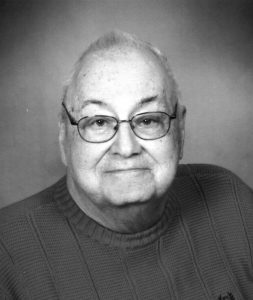 Bob was born January 22, 1942 in Davenport, IA, the son of Henry and Elizabeth “Betty” Showalter Vukelich. He married Joan Reifsteck Webster on April 8, 1983 in Sadorus, IL. She survives.

Bob was a 1960 graduate of Tuscola Community High School and attended Eastern Illinois University. He worked at Cabot Corporation for 39 years retiring in 2002 as an environment specialist. He was a 53 year member of the Elks Club and 3rd Degree member of the Knights of Columbus. He served on the Tuscola City Council for 6 years. Bob coached Little League Baseball, Senior Division Baseball and Biddy Basketball. He was a diehard Green Bay Packers fan, liked watching the Orioles and Phillies baseball games and all the Illini athletics.

In lieu of flowers, memorial contributions are suggested to TUSCOM Little League or SAM Food Pantry.

The family requests in Bob’s memory that everyone please wear sport themed attire to the visitation and service.