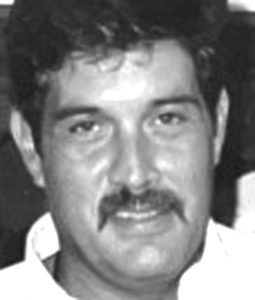 Clarence “Butch” Martinie, of Ocala, Fla., (formerly of Longview and Danville) died, in faith, at home among family on Sunday, July 25, 2021. Butch was born in Champaign on March 5, 1948, and graduated from ABL High School in Broadlands in 1966. He actively served his country in the United States Army from 1966-1973, and was a Vietnam Veteran. Butch managed Monical’s Pizza in both Danville and Bourbonnais before moving to Florida and serving as Tamarac County Building Inspector until his retirement and move to Ocala, Fla.

Butch was preceded in death by his parents, Horace “Mike” and Mary Nelle Martinie of Longview, and brothers Jay, Kent, Galen “Marty” and Gary.

Services were held at Countryside Funeral Home in Anthony, Fla., and burial with full military honors at the Bushnell National Cemetery in Bushnell, Fla.

Memorials may be made to your local military Honor Guards.