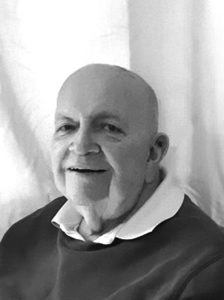 Visitation was held one hour prior to the services at the funeral home.

Jim was born on August 26, 1934 in Champaign, IL, the son of John and Gertrude Mabel Hill Wierman.

He was preceded in death by parents, brothers: Wilfred and Cedric Wierman and sister: Phyllis Winings.

Memorials are suggested to the Tuscola Health Care Center.

He served his country as a member of the US Army.

Jim formerly worked for Rhema Bag in Arthur, Viobin in Monticello and the Finance Center in Indianapolis. He also worked as a librarian for Monticello Christian Academy and Atwood Public Library. He enjoyed reading and was a historian and genealogist.