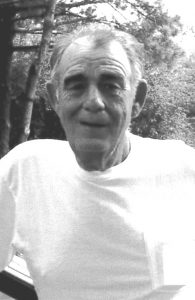 A Celebration of Ben’s life will be held at 11:00 a.m. on Saturday, July 31, 2021, at Walnut Grove Christian Church. Pastor Steven Stern will officiate. Visitation will be held one hour prior to the service at the church. The Edwards Funeral Home is assisting with arrangements.

He is survived by his wife, Julie, of Arcola, IL, two daughters, Sharon Stiltz of Oakland, IL, Stephanie Butler and her husband Jeff of Danville, IL, step-daughter, Brenna Walters and her special friend Kendra of Springfield, IL, two sons, Tony Ashworth and his wife Becca of Champaign, IL, and Joshua Ashworth of Villa Grove, IL, step-son, Bobby Greenstone and his wife Julie of Tuscola, IL and step-daughter, Rebecca Jean and her husband Tejay of Champaign, IL, 14 grandchildren, six great-grandchildren, one sister, Barbara Reifsteck of Camargo, IL and one brother, Charlie Ashworth of Tuscola, IL.

Ben was preceded in death by his parents, and one brother-in-law, Jerry Reifsteck.

Ben has been a member of Walnut Grove Christian Church for the past 18 years. He was also a member of the North American Bass Association.

He was a self-employed carpenter and craftsman, a skill he learned from his father.

Ben was very mechanically inclined and was always building novelties and children’s toys.

He volunteered at the Havens Homeless Shelter in Mattoon, cooking, and ministering to anyone who would listen. Ben had no doubt who his Savior was, and he loved to talk about Him.

In lieu of flowers, memorials may be made to Walnut Grove Christian Church.