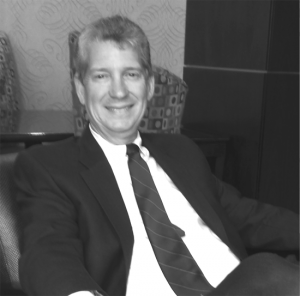 It is with great sadness that we announce the death of Philip “Randy” Bissey of Houston, Texas. He passed away peacefully in his sleep on June 29, 2021 at the age of 63 after a two-year battle with brain cancer.

Randy was born in Tuscola, Illinois on September 9, 1957, to Ira Dale and Mary Louise (Hazel) Bissey. He attended Tuscola High School (Class of 1975) and graduated from the Missouri University of Science and Technology in 1979 with a Bachelor of Science in Engineering Management.

Randy began his career with Caterpillar from 1979-1981, before transferring to Cooper Energy Services in Houston. He worked with Cooper in both Tulsa, OK and Houston, TX. In Houston he acted as Alliance Manager for all of Cooper Cameron’s products for their largest customer, Enron, and later as Product Line Manager for high-speed reciprocating compressors. He proudly joined Ariel Corporation in 2004 as their Gulf Coast Regional Manager, a position he held until his retirement in 2020. Randy served his industry and was an active participant with the Gas Compressor Association where he served on numerous committees and was appointed Chairman in 2012. His leadership was responsible for growing the association exponentially during his tenure. The outpouring of support and continuing contact that he received from friends and co-workers in the industry after his cancer diagnosis was a testament to the deep connections he formed.

Randy was devoted to his family, friends and faith. With his daughters he could always be counted on to give advice or encouragement, coach a sport, or share a “dad joke.” He adored his three grandchildren and his face always brightened when he saw them. A modest, hardworking, easy-going, ethical, affable man, Randy was described by his sister as the “Tom Hanks” of the family. He was liked wherever he went.

Randy was a member of the same Accountability Group for over 26 years and cherished the Christian fellowship and friendships he found in the group. The men have said that Randy’s deep abiding faith and kindness to others was a wonderful blessing to them and a great example of the love of Christ. In Houston, he served as a Deacon at Windwood Presbyterian Church and most recently was a member at Grand Oaks Church. One of his most memorable moments in his faith was being baptized in the Jordan River during a trip to Israel in 2018.

He is survived by his daughters Jennifer (Greg) Yeldezian, Michelle (Dustin) Merkel, and Kendyl Bissey, as well as grandchildren Ben, Ryan, and Emerson, and sisters Patricia Bissey-Greaves and Donna (Jay) Ralph. Randy was preceded in death by his parents Dale and Mary Bissey and brother Bradford Bissey.

In lieu of flowers, please consider a donation in Randy’s memory to the American Brain Tumor Association or to one of his beloved churches mentioned above. Philip “Randy” Randolph Bissey, September 9, 1957 – June 29, 2021, Houston, TX