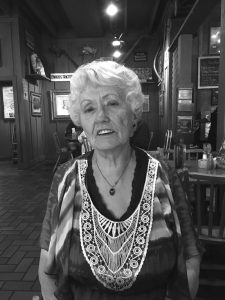 Visitation was held from 1 p.m. until 3 p.m., Friday at the funeral home.

Lou was born on March 15, 1943 in Tompkinsville, KY, the daughter of Edgar C. and Mildred Parsley York. She was previously married to William Armbrust and Lawrence Switzer, Jr.  She married Michael Hendrickson on June 3, 2017 at Walnut Point State Park in Oakland, IL. He survives.

She was preceded in death by her parents, sisters: Billie Wallace, Sue Long, brother: Eddie York.

Lou worked as a nurse’s assistant for many years. She enjoyed helping with the Celebrate Recovery Outreach. Lou was a motorcycle enthusiast. She enjoyed crocheting, traveling and spending time with her grandchildren.