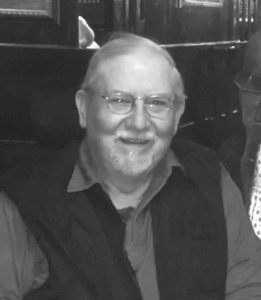 Mike was born on May 20, 1947 in Charleston, IL, the son of Myron Glen and Nola Mae Haskin Pangburn. He married Linda Ann Partenheimer on August 5, 1967 in Villa Grove, IL. She survives.

He was preceded in death by his parents and a nephew: Josh Elder.

Mike was an owner/operator of Pangburn Oil and Propane Company. He served his country in the US Navy during the Vietnam War from September 1968 to November 1969. Mike was a member of the Newman American Legion Post, Sacred Heart Catholic Church and Sacred Heart Men’s Club. He was elected as the Camargo Village President for several years.  He enjoyed announcing the Villa Grove Blue Devils football games for 23 years. Mike served his community as a fireman and later trustee of the Camargo Countryside Fire Protection District for nearly 40 years.

He enjoyed horse riding, motorcycles, music, the Chicago Cubs, and watching Alison and Mac play sports.  He loved spending time with his family and friends whether at a sporting event, at a table, or around a campfire sharing stories and laughs.

He will be deeply missed by many.

Memorials are suggested to the Camargo Countryside Fire Protection District or Lincolnland Hospice.