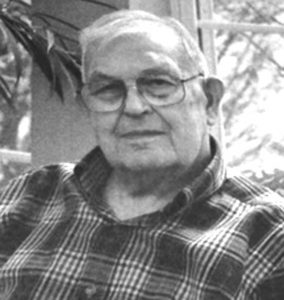 Donald Wayne Beltz, 98, passed away at Asbury Village, Godfrey, Illinois, on May 8, 2021. Don was born in rural Williamson County, Illinois on December 2, 1922, the son of William Henry Beltz and Dessie Mae (Wall) Beltz. He married Marian Louise Foard on June 2, 1946 in Edwardsville, Illinois. They raised four children. Marian passed away in 2007.

After graduating from high school, Don taught for one year in a one-room schoolhouse in Pittsburg, Illinois. He then enrolled at Southern Illinois University-Carbondale but his education was interrupted by his service in the Army Air Force from 1943 to 1946. Don completed his degree in 1948 and then worked for the Kroger Company until 1953 when he began teaching school in Decatur, Illinois. He returned to the grocery business with Eisner Foods and eventually bought his own store in 1964, the Tuscola Eisner Agency, in Tuscola, Illinois. After retiring from the grocery business, Don worked for Zeigler Coal Company until his full retirement in 1987.

All Don’s friends and family knew of his life-long love for the St. Louis Cardinals. He was a walking baseball encyclopedia and enjoyed a friendly rivalry with many Cubs fans. Don was a skilled bridge player and also enjoyed fishing (especially in Minnesota). Don and Marian traveled extensively and often served as tour guides for Parkhill Tours in Champaign, Illinois.

A memorial service will be held at a later date. In lieu of flowers, memorials may be made to Asbury Village, 5201 Asbury Avenue, Godfrey, Illinois 62035.