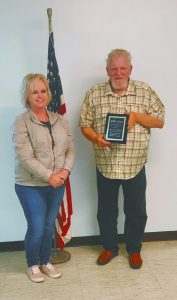 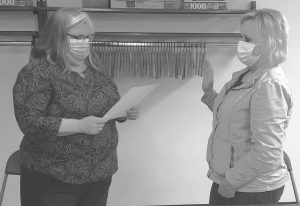 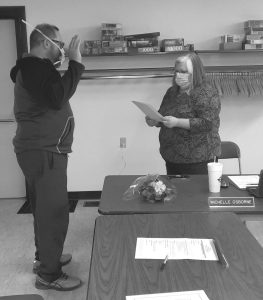 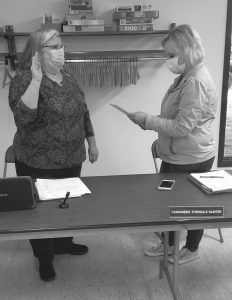 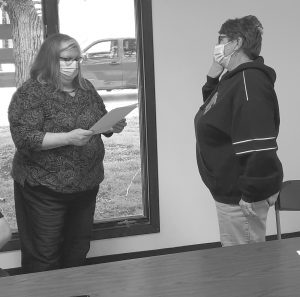 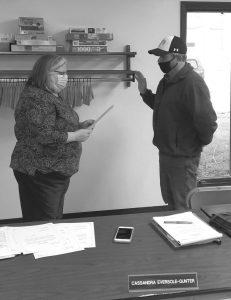 After Mayor Eversole Gunter called the meeting to order and led in reciting the Pledge of Allegiance, Mayor Gunter asked for public comments, and Mike Leon was present as a representative of the VFW.  Leon stated that a water leak had formed in front of the post, resulting in a $1200 bill for the VFW, and he asked if the city could make a payment of a portion of that amount.   Public Works director Lake then noted that the meter had been slated for update anyway, so PW was able to change the meter while the repair was being completed.  Upon hearing this, consensus was unanimously reached for the city to pay $600 of the $1200 bill.

Next, Mayor Eversole Gunter asked for approval of the consent agenda, which consisted of:
* Minutes of the last regular city council meeting, held April 12, 2021.

* Minutes of the last regular Committee of the Whole meeting, held April 26, 2021.

* Approval of repairs to the City’s Sludge truck.

Next, Eversole Gunter called for a vote on old business, including:
* Ordinance 2021-MC05, an ordinance amending Title VII:Traffic code of the city of Villa Grove Illinois code of ordinances as it relates to Parking Regulations and Parking Schedules.

This ordinance passed by a count of 5-1, with Alderman Garrett voting no.

The Mayor then recognized outgoing alderman Darrel Griffith for his outstanding years of service to the counsel.  Alderman Griffith received a plaque and a round of applause for his time.

After all had been sworn in, the new council then moved on to reports.

City Engineer Andy Kieser was on hand to discuss ongoing projects.  Kieser noted that the McCoy water line replacement project was underway. He also noted that the parts needed for the scrubber upgrade had been ordered, and would be installed soon, and that demolition of the old water plant had begun, with Courtice Grason on hand to complete asbestos abatement.  When asked by city staff, Engineer Kieser could not give a definitive timeline for completion of the Rt 130 bridge project.

Next, Administrator Athey made her report, noting that Mr. Hoffmann had been asking if the Summer day program for K-6th graders was going to happen this year, after being shut down by the pandemic in 2020, and the general consensus was that it would.  Athey then noted that the city website had been down for some time that day, as the internet service had been interrupted for many in Villa Grove.  Finally, she asked for approval of the annual purchase of an ad congratulating graduating seniors, which was unanimously supported.

Public works director Lake was next, and he reported that his new employee had started work, and that he seemed to be fitting in nicely with the team.  He also inquired about the city’s purchase of a stump grinder, and the consensus was that he should pursue such an option.

Chief Rea then made his report, noting that he and his staff were continuing to focus on ordinance issues, in addition to their regular patrol duties.  When queried by aldermen Pangburn and Hooker, he noted that currently, there were no ordinances on the books regarding the parking of large trailers on public streets, but that there were existing ordinances about impeding traffic, and that he would look into the situation in greater detail.

Mayor Eversole Gunter then began her report by noting that there were currently openings on the Planning and Zoning committee, and the health board.  Alderman Johnson then noted that he was in favor of a reorganization of the Park board, and this was met with approval from the mayor and the counsel as a whole.  The mayor then extended thanks to BVG for the flowers on main street, and to public works staff for their care and watering of the plants as summer progresses.

Moving on to new business, the counsel moved on to review proposals to sell the city water and sewer systems, with city attorney Mark Miller noting that public notice of the sale of city property would have to be placed in local newspapers.

At 6:36 p.m., the city moved to go to closed session to discuss the sale of city property, and after emerging from closed session, finding no other business, Hooker moved to adjourn at 7:07 p.m. and the motion passed unanimously.