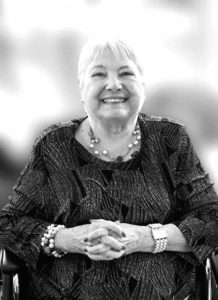 Margaret Duffy, whose given name was Alice Margaret Reinhart, passed away March 19, 2021, in Orange County, Calif., at the age of 92.

Margaret was born in Tuscola in 1928. She and her siblings were raised on a farm in Pesotum by her father, Wendell, and mother, Leila Reinhart. Her formative years coincided with the Great Depression, which had great influence on her worldview.

As a young woman, Margaret was a talented singer and dancer who had hopes for a career in country music. But as often happens, marriage and family interfered with that dream, and Margaret spent her life devoting herself to her family and church.

She met her husband, Wayne, in Victorville, Calif., in the early 1950s.

Margaret was a creative person who applied her creativity to multiple aspects of her life. She loved to draw, paint, sew and was an exceptional cook. Her recipes are famous among her children and grandchildren to this day.

She brought to California her flair for midwestern hospitality. She was a wonderful nurturer of small children and was especially known for her creative children’s birthday parties.

But above all, she loved the Catholic Church and was active in it throughout her life. Not content with just attending services, she participated in church festivals, fundraisers, religious education and music, despite her busy life. She and her husband, Wayne, sacrificed their own material well-being in order to send all five of their children to Catholic school.

Margaret and Wayne Duffy are survived by all five of their children, Stephen, Cynthia, Michael, Emily and Patrick. They have six grandchildren and 14 great-grandchildren. Margaret also has five surviving siblings, Bette, Pat, Shirley, John and Sandy.

Margaret will be greatly missed by her family and many friends.

She will be laid to rest alongside her husband, Wayne, at Queen of Heaven Mortuary and Cemetery in Roland Heights, Calif. Please keep her in your thoughts and prayers.