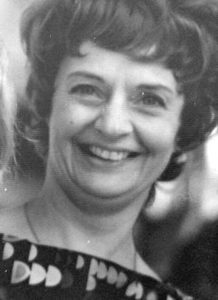 Barbara was born on March 1, 1931, in Indianapolis, to Clarence (Doc) and Susan (Raines) Watson.

She was preceded in death by her parents; ex-husband, Mark Burnett; two sons, David and James Burnett; two sisters; and one brother.

Barbara raised her children and worked on the family farm in rural Pesotum. She was very creative and artistic. She enjoyed painting, dancing and singing. She also loved all animals but had a special place in her heart for cats.

In lieu of flowers, memorial donations may be made to the Douglas County Animal Shelter.