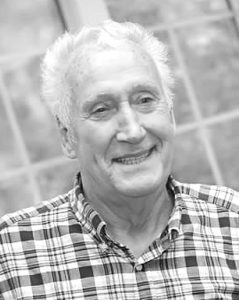 Memorial Services will be held at 1:00 p.m., Saturday, May 1, 2021 at the funeral home. Burial with military graveside rites accorded will be held at the Tuscola Township Cemetery.

He was preceded in death by his parents, brother: Woodrow Adams, sisters: Nancy Fritz, Fannie Mae Abney and Delora Woodfall.

Gordon served his country in the US Air Force during the Vietnam era’s Cuban Missile Crisis.

He began his career as a carpenter for Lake Construction, where he learned his trade from two of the best men he ever knew. Following that he and his brothers-in-law formed Adams & Turner Brothers Construction, which later became Adams Construction. His motto was “Difficult done immediately, impossible may take a little bit longer”. He was a lifetime member of the Tuscola Moose Lodge, past member of the Mattoon Eagles Lodge and the American Legion.  Gordon enjoyed his profession, playing cards, car shows and traveling

Memorials are suggested to the American Cancer Society or a Veteran’s Organization of the Donor’s Choice.