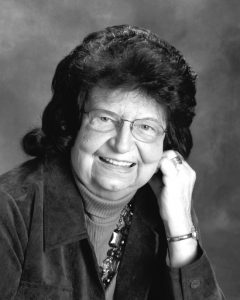 Betty Lorene (Rahn) Leonard, 88, of Tuscola, passed away Saturday, April 17, 2021 at Carle Foundation Hospital in Urbana of natural causes, after a short illness.

Betty was born June 17, 1932 in rural Tuscola, a daughter of Fred J. and Ethel Riley Rahn.

Betty was a lifelong member of the Immanuel Lutheran Church, where she was baptized and confirmed. She graduated from Atwood High School in 1950. On September 2, 1950, Betty was united in marriage to George Leonard in Tuscola. They enjoyed many years together, especially traveling throughout the United States and spending time with friends, until his death on October 30, 1997.

Betty’s mother died when Betty was only two years old, so she then went to live with an aunt and uncle, Clara and Otto Henningsen.

She was preceded in death by her son: Steve Leonard, son-in-law: Doug Brewer and cousin: Bob Henningsen with whom she was raised.

Betty was active in her church, singing in the choir and was a member of the Ladies Aid and L.W.M.L. She was a longtime member of the Tuscola Women’s Club, Tuscola Kiwanis Club where she received the Walter Zeller Fellowship and had played and sang with the Keenager’s Kitchen Band for many years.

Betty always enjoyed spending time with friends and seldom missed their morning coffee gatherings until the pandemic put an abrupt halt to this.

Memorials are suggested to the Immanuel Lutheran Church.

Visitation was held from 5 to 7 p.m., Friday, April 23, 2021 at the Hilligoss Shrader Funeral Home, 705 South Main Street, Tuscola, IL and one hour prior to the service at the church.