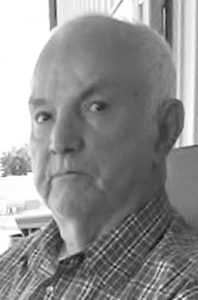 Private family services will be held. Burial with military graveside rites accorded will be in the Mackville Cemetery, Atwood, IL.

Wayne was born on May 31, 1941 in Louisiana, MO, the son of Giles Franklin and Ida Mackey Cothron. He married Ruth Ann Kamm on November 6, 1960 in Atwood, IL. She survives.

Wayne served his country in the United State Marine Corps during the Vietnam War. He retired from Cabot Corporation, where he worked in the maintenance department. Wayne enjoyed fishing, hunting and woodworking. He was a member of the Tuscola Moose Lodge.

Hilligoss Shrader Funeral Home, Atwood, IL is entrusted with the arrangements. Online condolences may be shared via www.hilligosssshraderfh.com