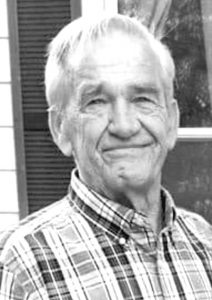 He was born June 7, 1941, in Clay County, the son of Frederick Leon and Claris Amelia (Robinson) Senters. He had been previously married to Constance Jensen, Sue Baldis, and Glenda Senters.

Reggie worked as a carpenter and could build just about anything he set his mind to.  He enjoyed fishing, ginseng and mushroom hunting, going on road trips, and chopping wood to make sure he kept the stove stocked.  His favorite meal was a good ole’ bologna sandwich.  Reggie was a die-hard Fighting Illini fan and looked forward to watching every game.  Family was very important to him and he enjoyed making memories with the ones he loved most.

He was preceded in death by his parents; two children: Cindy and Tony; a grandson: Rennen; two granddaughters: Kylie and Amy; a great-granddaughter: Elliana; siblings: Sammy, June, Joe, Gene, Fred, Jack, Jess, and David; and an infant sister: Ruth.

A funeral ceremony was held at 1 p.m. Tuesday, March 30, 2021, at Frank & Bright Funeral Home in Flora. Interment followed in Elmwood Cemetery.  Visitation began at 11 a.m.until time of service on Tuesday at the funeral home.  Memorial donations are suggested to the family to assist with final expenses and will be accepted through the funeral home. To share a memory or condolence visit: www.frankandbright.com