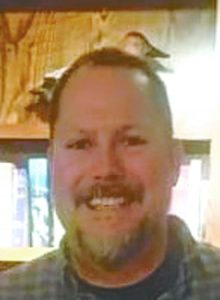 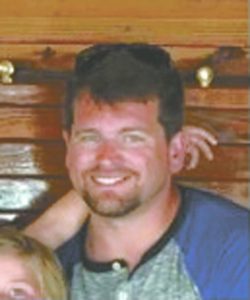 By Kendra Hennis
An introduction to the candidates for the Villa Grove City Council Ward 1 Alderman position for the April 6 election.

Educational/professional background:
I graduated from VGHS in 1990, from the University of Illinois in 1996, and Parkland College’s nursing program in 2004.  I’ve worked as a RN since that time.  I currently work at Carle Orthopedics and Sports Medicine as an Orthopedic Trauma Nurse.  I serve the department as a Nurse Educator.

Civic involvement:
I belong to a handful of fraternal organizations, including Shriners International, participating in fundraising for nonprofits.  I currently serve on the Illini Shrine Club board of directors.  I have worked as a volunteer Blood Drive Coordinator for the American Red Cross and as a club rep for the IDOT Highway Cleanup program.  I have also served as a volunteer coach for both the Villa Grove Summer Rec and Villa Grove Junior High softball programs.  My wife and daughter belong to the BVG (Beautification of Villa Grove) Committee, so I often have the privilege of volunteering with those great people as well.

Have you ever held a position like this? What prompted you to run for this office?

I was very fortunate to be appointed an alderman of Villa Grove Ward I by Mayor Cassandra Eversole-Gunter in 2020.  It has been an extremely rewarding experience to serve the community that has given so much to me.  It would be an honor to continue to serve my neighbors and friends.

What qualifications/attributes do you feel you bring to this position?

High I feel that my experience in leadership positions in service organizations has taught me the ability to focus on a specific goal while at the same time considering the opinions and perspectives of other members.  Oftentimes, I feel that as employees, neighbors, or teammates, we ultimately want similar results, we just see alternate avenues to those goals.  Learning to cooperate and appreciate others’ viewpoints is crucial to effective decision making.

It seems the City of Villa Grove faces the same issues many communities with relatively static populations face.  Making sound decisions with limited resources that benefit the majority is the key.  I believe the greatest strength of our town is its citizenry.  The amount of time, effort, and resources that I have witnessed the people of Villa Grove put towards their schools and community is heartwarming!

Educational/professional background:
High school graduate, completed two years of Parkland college. I have been involved in the construction field for about twenty years. I have an electrician and plumbing company as well as a construction business.

Civic involvement:
I have helped with things at the Christmas Tree Lighting festival as well as assisted the town with the wiring on the water plant and electric needs for Ag Days.

Have you ever held a position like this? What prompted you to run for this?

Never. I felt encouraged to run because Villa Grove has a $5 million power plant in town that they are considered selling. We have also been told of a new scrubber plant that we will be waiting on for over two years.

What qualifications/attributes do you feel you bring to this position?

I feel that I am more fiscally responsible and will spend the city’s money better. I personally see it as a loss that we are trying to sell the facilities that fund the community. There are a lot of things that the city needs, like redoing the parks, and I do not believe we should be selling our main source of income when the funds are needed.

I believe that the greatest challenges of the city are the letting go of infrastructure and keeping the same electrician team. It is hard for these to be addressed, some of the other community members and I attended a meeting to speak on our concerns before the council, hoping they will bring it to a vote. I think the town should be the one making decisions, not just a group of eight people

The strengths of Villa Grove are that it’s a good community to live in and raise your kids. It is a friendly town, it just needs to spend its money on different things.