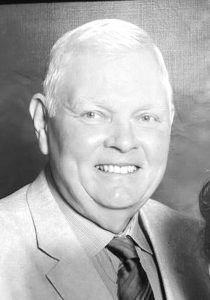 He was preceded in death by his parents, six brothers and one sister.

Marty was a devoted husband, father and grandfather who was called home too soon. He was so much to so many: friend, counselor, teacher and jokester. He was a blessing to all, but to his family, he was everything. The void left behind can only be filled by God’s grace and love.

In lieu of flowers, memorial donations may be made to the family or Life Line Connect at lifelineconnect.org.