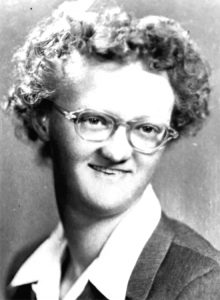 Mary Lou graduated in the class of 1957 from Illinois Normal University with a degree in health and physical education. She taught in various locations in Illinois before moving to Hawaii where she met her husband, Richard E. Sievers, and married in 1965. He passed April 4, 2013.

After Richard’s retirement in 1989, they moved to Fountain Hills, AZ. They were long-time members of the Newcomers/Oldtimers Club, Shepherd of the Hills Lutheran Church and volunteers at the Desert Botanical Garden. She adored gardening, arts and crafts, the outdoors, hiking and camping.

In 2015, Mary Lou moved to Carlisle, PA to Chapel Point nursing home to be closer to her daughter, Lynn.  She is survived by David and Lynn Kennaly, and grandchildren, Patrick and Erin. Mary Lou’s sister, Joanne Romine of Rockford, passed Sept. 2020.

Mary Lou was cremated with the Neptune Society and her remains will be buried at a later date next to her husband of 48 years, Richard, at the National Memorial Cemetery in Arizona. In lieu of flowers, donations can be made to Shepherd of the Hills Lutheran Church or the Desert Botanical Garden, Fountain Hills, AZ.