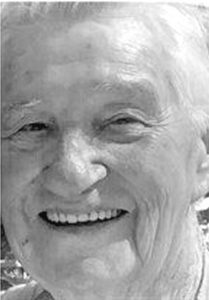 Lester William “Bill” Fornshell Jr., age 88 of Chesterton, IN passed away on Thursday, February 25, 2021. He was born on November 7, 1932 in Crown Point, IN to Lester and Florence (Coffman) Fornshell .

Lester was a U.S. Navy veteran, serving as a Seabee from 1950-1953 and enjoyed yearly reunions with his unit. In 1978 he married his loving wife, Brenda and continued to build his family. He was retired from NIPSCO after working as a lineman for 37 years. In 1994, Lester shot the largest deer in the State using a muzzle loader. He loved the outdoors, gardening, watching, and feeding the hummingbirds, and often spending time riding his favorite lawn mower.

To send flowers or a memorial gift to the family of Lester William “Bill” Fornshell Jr. please visit our Sympathy Store.