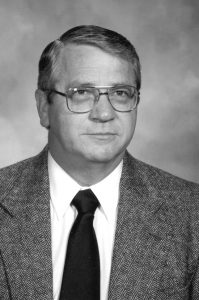 Private family graveside services will be held at the Tuscola Township Cemetery with Rev. Joe Carter officiating. Burial with military graveside rites will be accorded.

Mick was born in Knoxville, TN, on September 4, 1949. He was the seventh of eight children born to William Riley and Hettie McLemore. At age 11, Mick and his three youngest sisters were adopted by their step-father: Clarence H. Eiben of Ashkum, IL.

Mick was a 1967 graduate of Central High School, Clifton, IL. After high school, Mick served two years in the US Army and served in Vietnam from December 1969 to February 1971, serving with USARV Special Troop.

In 1974, while attending Illinois State University, Mick met and married the love of his life, Cindy Sue Walker. Mick graduated from ISU in 1977 with a BS in English education. That fall, he began teaching at the Tuscola Community High School, where he taught for 34 years before retiring.

Mick took great pride in his work as an educator. He knew that the best way to change the world was to educate the youth of today for a brighter tomorrow.

Mick was preceded in death by his parents, one brother and two sisters.

He is survived by his wife: Cindy Sue Eiben, two daughters: Sarah Lorraine (Thomas) Jackson of Thomasboro and Sandra Kay Eiben of Tuscola, grandson: David Thomas Schweighart and a brother and three sisters.

Mick was dearly loved by his family, and he will be missed so much. He was a loving husband, father and grandfather.

Hilligoss Shrader Funeral Home has been entrusted with the arrangements. Online condolences may be shared via hilligossshraderfh.com