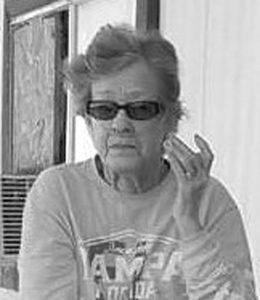 Survivors include her daughters: Sylvia Peach of Maricopa, AZ, Tamara Page of Villa Grove and Jaquline Goer of Indianapolis, IN, eight grandchildren and 17 great-grandchildren.

She was preceded in death by her parents and sister: Margo West.

Peggy worked as a healthcare aide in private homes and she formerly worked at Littlefuse in Arcola.