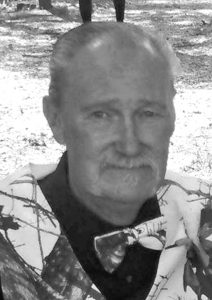 He is survived by the love of his life, Diane Teter; four children, John Teter of Villa Grove, Kurt (Amber) Teter of Villa Grove, Amanda (Clint) Goodmann of Pesotum, and Lacey (Marc) Thompson of Atwood; fifteen grandchildren; one great-granddaughter; and one sister, Lorna (Mick) Cochrane of Marion.

He was preceded in death by his parents and one brother, Kurk Teter.

Greg was a 1970 graduate of Villa Grove High School. He served in the U.S. Navy aboard the USS Samuel Gompers from 1970 – 1977 where he earned the rank of Petty Officer Second Class. Greg was employed as a correctional officer for 23 years at the Danville Correctional Center serving as the Food Service Supervisor before retiring.

Greg loved to fish, mow his lawn, collect coins, and was a car and motorcycle enthusiast. He enjoyed researching his family’s genealogy and historical facts, especially pertaining to the military. He was a lifelong member of the Villa Grove VFW Walter Jones Post 2876.

A private funeral service was  held at 11:00 a.m. on Saturday, February 20, 2021 at the Joines Funeral Home in Villa Grove with an hour prior public visitation.  Burial followed at the Arcola Township Cemetery in Arcola, IL.