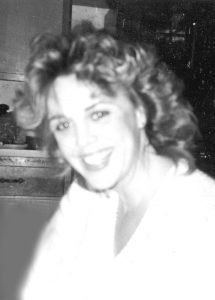 Teresa was born March 18, 1948 in Kearney, Nebraska to Charles Ashton Shafer and Naomi Ruth (Smith) Shafer. Teresa and Myron met in their 30’s and got married in Tuscola, Illinois. She worked two jobs to put herself through nursing school and graduated from Parkland College in Champaign, Illinois. She specialized in ICU work at a hospital in Bloomington, Illinois and later acquired an administrative position as an Infection Control Nurse at Carle Hospital in Urbana, Illinois.

Teresa was an avid dog lover and rescued many over the years. She was also a master crafter and created many beautiful keepsakes for her family and friends. In 2009, Myron and Teresa moved to Tennessee. It is hard to live in Tennessee and not be a nature lover! She enjoyed visiting auctions and flea markets all over the state and Myron mentioned that when she wanted to go, he just planned on being there all day! She loved collecting antiques. Teresa was an excellent cook and helped fatten the whole family up with her many fine dinners. Teresa was a member of the Pleasant View United Baptist Church. She was a strong and resilient woman and a great example of passion and personal strength, facing challenges and overcoming misfortune. She will be missed very much!