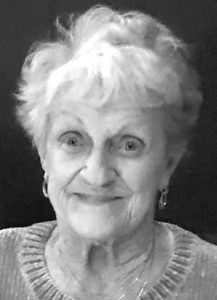 She was preceded in death by two grandsons, three brothers and four sisters.

Janet was the co-founder of Kirby Foods Inc. (IGA).

She belonged to University Place Christian Church in Champaign since 1961, where she served as a deacon, elder, trustee and on numerous committees. She was a 50-year member of Eastern Star, co-president of Columbia Grade School in 1957 and a den mother for Cub Scouts.

Janet loved the St. Louis Cardinals and was a supporter of University of Illinois sports.

We will miss you, Mom: Kathy, Ken, Tony, Marsha and Chuck.

The family requests no flowers; instead, memorial contributions may be made to Shriners Hospitals for Children.

Condolences may be offered at morganmemorialhome.com.