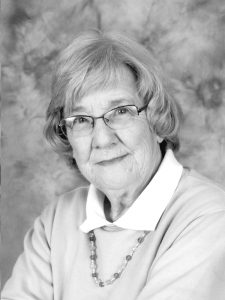 Mary was born on June 27, 1933 in Winchester, OH to Lyman and Florence (Helterbran) Scott.

She was preceded in death by her parents, one brother, and four sisters.

Mary wore many hats throughout her life.  She was a veteran of the United States Airforce, was involved in her community and school where she was a bus driver and a lunch lady, was a Mary Kay Beauty Consultant, worked for Ed Hayes Construction, and was involved in Order of the Easter Star.  She began working for the Villa Grove Post Office at the age of 40 and would retire from there.  Mary loved to travel around the United States to visit new places with her friends. Mary was a hard worker and most importantly a woman of faith.  She will be missed by all of her friends and family that she leaves behind.

A graveside service was  held at 2:00 p.m. on Sunday, January 24, 2021 at the Villa Grove Cemetery with pastor Jerry Conner officiating.

In lieu of flowers, memorial donations may be made to Villa Grove School or to the Villa Grove United Pentecostal Church.