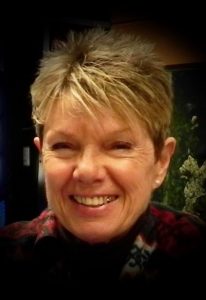 Jeannette M. Lindsay, 74 , of Denver Colorado, passed away January 14,2021 at The Denver Hospice, due to cancer complications.
Jeannette was born April 10, 1946 in Grand Forks, North Dakota, to Lyle and Verna (Hoverson) Lindsay.
She is survived by brothers Greg Lindsay (Sara Zuhlke), Rockford, Il., John/Jake (Debbie) Lindsay, Highlands Ranch, CO., nephew Ken Lindsay, Rockford, Il., and Noreen Lindsay, Omaha, NB.
She was preceded in death by her parents, brother Richard and sister Barbara.
Jeannette graduated from Tuscola High School, Illinois in 1964 and then went to nursing school in Billings, Montana. Immediately after that she entered the U.S, Army Nurse Corp and served in South Korea and San Francisco. She was honorably discharged in 1971 and lived in Denver from 1971 to 1983. While working at Denver General hospital she became a Nurse Practitioner and then worked at Denver Metropolitan State College, student health center. In 1983 she moved to San Diego, CA, worked in college health and then with Kaiser Permanente’s orthopedic clinic. She enjoyed many new friends and loved formal ballroom dancing,
She returned to Denver in 1997 where she worked at the Colorado State Prison health clinic and a final, much loved position as a Nurse Practitioner at the University of Colorado, Boulder, student health clinic.
Jeannette was surrounded by many friends and family members during her last months. A Mass for Jeannette will be held at St. Thomas More catholic church, Centennial, CO. and another funeral Mass and reception will be held at St. Timothy’s church, Manvel, N.D. at a later date.
It has been a privilege for everyone who knew Jeannette to be a part of her journey.
It is requested that any donations be sent to the American Cancer Society or to the Grand Forks, North Dakota, Veterans Memorial