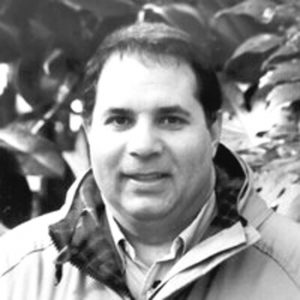 Michael was a true Patriot whose love of country was only surpassed by the love and kindness that he showed his family, friends and co-workers throughout his life. Born in Washington, D.C., and raised in Silver Spring, Maryland, Michael was recognized early-on for his intellect, athletic ability and incredible work ethic. Michael got his first job at 11 and never stopped working. In 1962 he transferred to the newly established Albert Einstein High School in Kensington, Maryland, and proved himself immediately as a stand-out in both academics and football. He was elected president of his class, and served as president or captain of numerous clubs and groups, including student government president his senior year. He graduated in 1964 and was accepted to the United States Merchant Marine Academy, however, a disqualifying medical condition was discovered during his entrance processing. Michael was disappointed but undeterred, and in 1965 he entered the University of Maryland where he played football, studied Government, and served as a member of the Wheaton Volunteer Rescue Squad.

After three restless years at UMD, ambitious and eager to join the workforce, Michael left school to pursue a career in the retail industry, starting out at Woodward and Lothrop in 1968. In 1973 Michael joined the May Company, where his business acumen and natural leadership ability quickly propelled him into the leadership ranks of the company, where he served in a number of executive positions before retiring in 1999 as a Senior Vice President after 26 years of service.

After retirement Michael, and the love of his life Barbara, settled in Hilton Head Island, where together they continued to use their time and talents to help others. Michael believed that one of the best examples of life’s goodness was “wrapped in a dog,” and he found great comfort and joy in his dogs who were always by his side.

Michael was the epitome of the “Class Act,” and his kind, larger than life personality filled a room like no other. His heartfelt and thoughtful generosity warmed hearts, and tangibly improved the lives of friends, family, and charitable organizations everywhere. He was particularly generous in his support of St. Luke’s Church, and numerous conservative, veterans and first-responder organizations. Michael appreciated the finer things in life, but never forgot his roots, and appreciated the people around him first and foremost. Whether one was an employee, waitress, or carpenter, Michael treated everyone he met with warmth, respect, and genuine appreciation.

A celebration of life with friends and family will be held in the Spring. Memorial contributions in Michael’s name can be sent to St. Luke’s Church, 50 Pope Ave., Hilton Head Island, SC 29928, or securely online at onrealm.org/StLukesHHI/Give/Now.