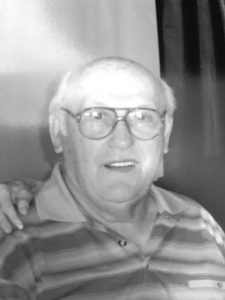 Visitation was held one hour prior to the services at the church.

Don was born on February 4, 1928 in Sigel, IL, the son of Arthur and Ernestine Gust Czerwonka. He married Leona Marie Mehl on April 23, 1955 in Pekin, IL. She survives.

He was preceded in death by his parents, an infant son, brothers: Victor and Howard Czerwonka, sisters: Helen Schwartz, Margaret Engelbart, Lucille Hooker and Delores Baker.

Memorials are suggested to the National Kidney Foundation.

Don served his country in the US Army during the Korean War. He worked for 34 years for Meadow Gold- Beatrice Foods before his retirement. He was a member of the Immanuel Lutheran Church and an avid Chicago Cubs fan.