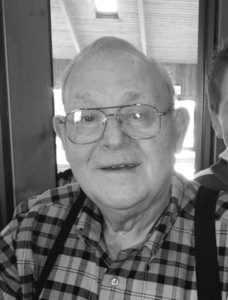 He was preceded in death by his parents, daughter Julia (Robert Jr.) Jones, and two brothers Wayne and Leslie Vandeventer.

Dean worked at the Zeigler Coal Mine for over 34 years.  During that time, he also would work as a farm hand for the Joines family.  He is also a veteran of the United States Army. Dean was a strong, hardworking man that would lend a hand to anyone.  He was a gentle giant that loved his family very much, especially his grandchildren and great-grandchildren. He was an avid sports fan, with his favorite team being whichever one his grandchild happened to be playing on at the time. He never missed a game and could always be counted on to be his grandchildren’s biggest fan. He enjoyed tinkering in his garage, whether it was working on his John Deere tractor or just “piddeling” with his numerous tools. At family gatherings, he was also the first draft pick for the annual euchre tournament, winning quite often.

A celebration of Deans life will be held at a later date.

In lieu of flowers, memorial donations may be made to an organization of the donor’s choice.