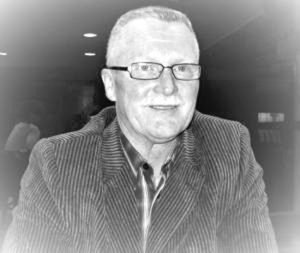 No public service has been scheduled. A celebration of life will be scheduled at a later date.

He is survived by two brothers, Dennis of Kentucky and Allen of Massachusetts.

Bill attended Sullivan High School and graduated from Villa Grove High School. After high school, he enlisted in the U.S. Army during the Vietnam War, achieving the rank of specialist. Bill proudly served his country as an armor crewman in the 1st Infantry Division. In 1988, Bill began work at Professional (PRO) Ambulance Service in Champaign as an emergency medical technician, and he graduated from the paramedic program at Parkland College. As a paramedic, Bill affected many lives in the Champaign County area, including his fellow paramedics as he helped train many of them at PRO and inspired some to become physicians. Bill retired from PRO in 2003 and worked as a security officer for Carle Foundation Hospital in Urbana until the time of his death. As a Carle security officer, he earned the respect and trust of Carle employees, visitors and patients. Bill was decorated with a Life Saving Award from the Urbana Police Department for his heroic actions while on duty.

Bill enjoyed spending time outdoors, camping, fishing, cooking award winning barbecue and playing his guitars. He was a music and movie enthusiast. Bill was a devoted friend and dog lover.

Bill cherished spending time with his friends who became family. He was godfather to Abigail and “Papa Bill” to Samuel.

We honor and are thankful for his service to our country and our community. He will be greatly missed.

Memorial contributions in his honor may be made to ASPCA, aspca.org/; Wounded Warrior Project, support.woundedwarriorproject.org; or Back The Blue, Paypal.me/BackTheBlueCC.

Illiana Cremation Society is assisting the family with arrangements. Condolences may be sent to the family on his everlasting memorial page at illianacremationsociety.com.