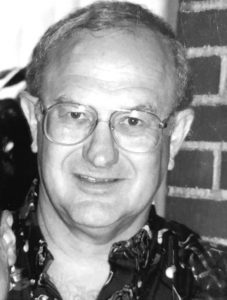 He was born on January 9, 1935 in Decatur, Illinois, the son of Clark and Opal Gilpin.  Bob was raised in Atwood, IL and graduated from Atwood High School in 1953, lettering in all sports. Following high school, he attended Eastern Illinois University where he was a member of the football team for four years and was also a member of the TKE fraternity.  He remained an active supporter of both Eastern and the TKE fraternity until the recent pandemic.

Upon graduation from Eastern, Bob enlisted in the US Army and following active service, he served in the Army reserves for five years.  Immediately following his active service, Bob was married to Nellie (Buoy) Gilpin on February 28, 1958.  He then returned to Eastern and obtained a Masters Degree in Education. In June 1959, he was hired as the Industrial Arts teacher at Newman High School and coached football, basketball, and track. He later became the Principal of Newman High School until moving on to be the Principal at Homer High School for 18 years.  Following his retirement from teaching, he worked for Weberg Furniture and Rhodes Furniture in Champaign.  Bob was an active member of the Newman United Methodist Church for over 62 years.

Due to the recent pandemic, private family graveside services were held on December 3, 2020 at 10:00 a.m. with a Celebration of Life memorial service to be held at a later date.  Burial was in Newman Township Cemetery with arrangements handled by Joines Funeral Home in Newman.  In lieu of flowers, the family requests a donation to the Newman United Methodist Church (flower fund), as Bob had cared for the landscaping at the church for many years.