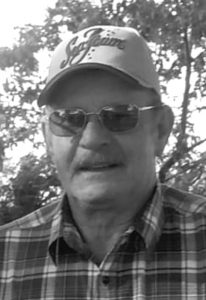 Tim was preceded in death by his parents, son: Tim Adkins, brother: Danny and sisters: Joan and Sue.

Tim served his country as a member of the Kentucky Army National Guard. He retired from the Developmental Service Center in Champaign, where he worked in facility maintenance for 25 years, retiring in 2013. He enjoyed fishing and hunting.

Memorials are suggested to the American Cancer Society or American Wildlife Federation.