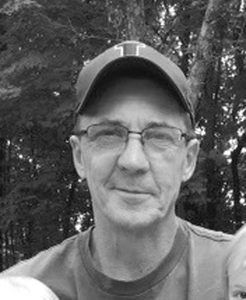 A graveside memorial service was held on Thursday, November 5, 2020 at Cochran’s Grove Cemetery at 3 p.m. in Windsor, IL. Rev. Mike Carr officiated. The Edwards Funeral Home is assisting with arrangements.

Troy was born on January 6, 1970 in Decatur, IL. He was a son of Harold Lemont and Linda Marie (Hubbartt) Hale. He married Dawn Clifford in 1996 in Shelbyville, IL.

He was preceded in death by his parents, Monte and Linda Hale, and one sister, Ellen Poolo.

Troy was a 1988 graduate of Hebbronville, TX. He had worked as a welder right out of high school, most recently working at Safety Storage in Charleston, IL.

He enjoyed drawing, painting and tinkering around with stuff and liked to fish. Troy was a big Dallas Cowboys fan and a St. Louis Cardinals fan.