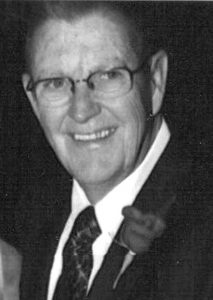 Carl joined the US Navy at the end of World War II and served for 22 months aboard the USS Tarawa CV40. He later joined the US Army and served for 20 months with almost half of that time in Korea, attaining the rank of Battalion Operations Sergeant. Carl had the privilege to deliver some secret messages during the peace talks.

Carl was married to Alice Marie Conder Conner for 50 years. She preceded him in death on October 3, 2002. They had twin sons, Mike and Steve. Mike passed away on June 7, 2003. Steve survives in North Fort Myers, FL.

Carl worked at Citizen’s Gas Company in Tuscola for 36 years. Gas Equipment Supply Company of Atlanta, GA asked him to come work as their branch manager in Orlando, FL, where he worked for ten years.

Carl served on the Tuscola Zoning Board of Appeals, was a deacon at the Tuscola First Christian Church serving on the committee that started the first Faith Promise Program.

He was a coach for the Little League and Senior division baseball teams. He started the Little League minor league division for boys who were not selected in the first round. Carl helped to start and coach the Biddy Basketball program.

Carl helped to establish the Douglas County Credit Union where he served as Chairman of the Board for years. He served on the Tuscola School Board for two terms, serving as president. Carl was a director of 382 golfers in SW Florida.

Memorials are suggested to the Cape Coral First Christian Church or to the Alzheimer’s Association.