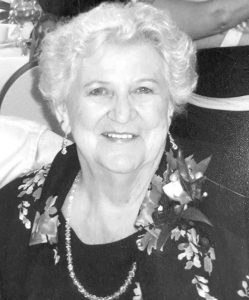 Dorothy was preceded in death by two half brothers, George Oaks and Dennis Oaks; two half sisters, Evelyn Riddle and Thelma Stoner; and three brothers, Jack, Ned and Dale McNussen.

Dorothy worked for forty years as an accountant. She enjoyed boating, camping and doing crafts. She loved her family fiercely and was always there when one of them needed her.

Graveside services were held at 10:00 a.m. Saturday, October 24, at the Villa Grove Cemetery. In lieu of flowers, memorial contributions may be made to the Humane Society or the American Heart Association.