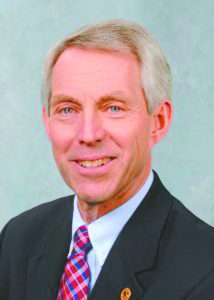 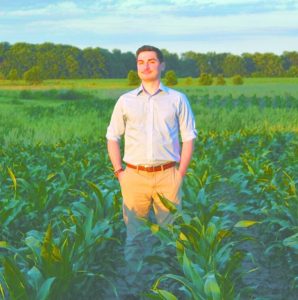 By Kendra Hennis
This year’s election is rapidly approaching, with less than two weeks until the big day. Voting can be done by mail, in person at the Douglas County Courthouse, or at your designated polling place on November 3. Here is a look at the candidates for the District 102 State Representative.

Brad Halbrook
(Incumbent)
A diversified farmer and small business owner of a company that makes fences, Brad E. Halbrook was born in Pana, Illinois and attended Lake Land College. Halbrook is a former member of the Illinois Beef Association Board. Brad and his wife Linda live in Shelbyville and they own and operate a small farming operation. They have two adult children and one grandchild. Rep. Halbrook served previously in the 110th District (Appointed April, 2012; Elected November, 2012, sworn in 2013 and served until January, 2015).

Representative Halbrook is both socially and fiscally conservative. He supports lowering taxes at the state and local levels and increasing the number of Illinois jobs. He supports property tax caps and opposes income tax increases. During his previous term in the Illinois House in 2012, he became just the 5th State Legislator to turn down the underfunded and overly generous General Assembly Retirement System pension. He was among a group of legislators that started a trend; as of October 2016, 33 legislators turned down the pension.

Because of the number of people and jobs that have left Illinois, Halbrook says that he is committed to reforming worker’s compensation laws by eliminating unnecessary regulations.

Halbrook opposes abortion, same-sex marriage, and gun control. During his time as a state legislator, he has voted in favor of bills to provide transparency for local governments. He supports redistricting reform and imposing term limits on state.

More information on Halbrook can be found at https://rephalbrook.com/ or on Facebook at Brad Halbrook.

Mitchell Esslinger
(Challenger)
Born in Champaign and raised in Strasburg, Illinois, Mitchell attended Stewardson-Strasburg High School, Lake Land College, and the University of Illinois. At the University of Illinois, he worked with local law enforcement to protect student safety. As a renovator, Mitchell started at the early age of 12 working for his family’s rental properties. As a tutor, he saw the importance of giving our schools what they need to help our children succeed. He keeps busy with his family’s centennial farm and helping care for a family friend’s autistic son. In doing so, he has seen how families struggle to get the care they need and decided to change that for hard-working people in our district. In his free time, Mitchell enjoys fishing, traveling, skiing, and volunteering with organizations like the Arthur Rotary Club.

Mitchell has been interested in politics from a young age as he saw how lawmakers’ choices affected his family and community, from issues relating to his family’s farm to issues that affected his friends and family members with disabilities. He is the precinct committeeman of the Democratic Party of Shelby County for his township, and he has also volunteered for multiple presidential campaigns as a delegate and field organizer.

With your help, I can take my fight to Springfield and bring home common sense solutions to the hard-working families in our district. In these unprecedented times, we need leaders who will advocate for responsible solutions. I promise to represent you, the hard-working Americans of District 102, with ethics, transparency, honesty, and responsibility. Can Brad Halbrook say the same?

More information on Esslinger can be found at https://www.mitchellesslinger.com/ or on Facebook at Mitchell Esslinger 2020.