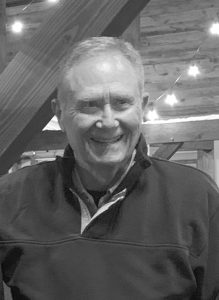 He was born on July 6, 1946, in Charleston, IL to Edward Emerson Sluder and Hazel Charlene Isley. He was raised in the Metro East Area of Illinois and upon graduating from Cahokia High School in 1964, he attended St. Louis University (Parks College) where he received his degree in aeronautical engineering. In January 1968, Doug began his career as an engineer with General Electric Aerospace Division where he designed commercial jet engines. He later went into the Customer Support Division that gave him many travel opportunities overseas to countries like France, South Korea, Australia and Taiwan.

He retired from General Electric post 9/11. In retirement he spent time traveling, golfing, working on sports cars and meeting often with other retirees from General Electric. He took pride in designing two of the houses that he lived in and modified them to his liking. He was a member of Wetherington Country Club of West Chester, playing golf regularly with friends that enjoyed the same level of competition that he did. He also looked forward to the Wednesday gatherings with other General Electric retirees where they discussed politics, business, sports and family.

He is preceded in death by his parents, Edward and Hazel Sluder.

Those surviving are his two brothers, his twin, Larry Edward “Les” Sluder of Tuscola, IL, and Phillip Michael (Diana) Sluder of Washington, IL, He is also survived by six nephews and three nieces as well as 32 grand nieces and nephews. His nieces and nephews marveled at how inseparable Doug and Les were. They often spent time together playing golf, going to tournaments and enjoying the Florida sun.

Doug’s family was most proud of his courage and determination to overcome health issues that interfered throughout his life.

In lieu of flowers, memorials are suggested to the donor’s choice.