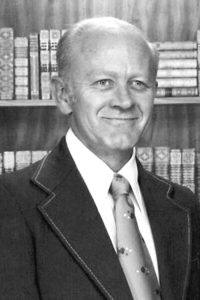 Richard, known to family as “Dick,” to work associates as “Burr ‘’ and to a few close friends as “Uncle Tanoose,” was born Oct. 22, 1931, in Tuscola. He was raised by Terp and Addie Burmeister (aunt and uncle) in Tuscola as their own.

Survivors include one son, Charles Burmeister (Tina Klebek), and one daughter-in-law, Frances Burmeister.

He was preceded in death by his parents; wife, Patricia; and one son, Richard Allen.

After serving in the U.S. Army, Richard proudly worked as a postal carrier in Urbana for 41 years. He also was custodian and all-around caretaker of the grand old First Baptist Church of Urbana for many of those years.

After retiring, he was always there for his wife’s and mother-in-law’s every need. He was always a willing support to anyone who needed to be chauffeured to an appointment or an event.

Memorial contributions may be made to the charity of the donor’s choice.

Condolences may be offered at heathandvaughn.com.