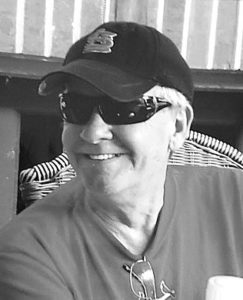 He was born on February 5, 1956 in Danville, IL, a son of John and Hazel Louise (Williams) Bertan.

Joseph graduated from high school and went on to auto mechanic trade school and worked in an auto body shop as a technician for several years. He was the owner of Joe’s Auto Body in Philo, IL

He married the former Julie Chesney on September 29, 2006 in Carlinville, IL and she survives.

Joe was known for his wonderful sense of humor and loved his family, especially his grandchildren. He was also an avid Cardinal’s Baseball fan and enjoyed fishing and camping.

The family also wants to say a special thanks to his daughter, Jessica for all her help and support during his illness and to Dr. Zhang and his special nurse Jamie who was always there to help.

He is survived by his wife, Julie Bertan of Litchfield, IL.

Special nephew,   Matthew Bridgman, that he knick-named the swinger. They were two peas in a pod!

He was preceded in death by his parents and granddaughter, Mya Marie Irvin.

A celebration of life will be held at a later date.